A downloadable game for Windows, macOS, and Linux

Legends tell of an ancient queen named Soluna, commander of an empire large enough to eclipse the sun.

She perished and was buried under mysterious circumstances, along with her legacy. Your exhaustive research has lead you to a remote island far out to sea, the journey to which has cost you most of your worldly possessions. But you're certain that beneath the untrodden earth lies the discovery of the millenium...

Soluna's Secret is a first person, puzzle game about delving deep into the decrepit remains of long lost ruins. On your journey, you'll make good use of the Pilgrim's Lantern, an old fashioned artifact whose flame twists and warps the world around you. Will you be the one to uncover Soluna's Secret? 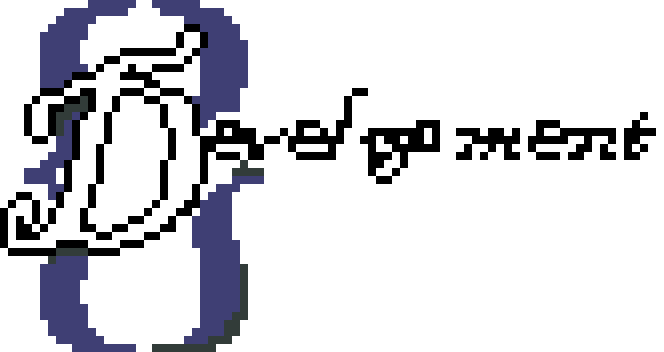 This game was created for the Low Rez Jam 2017 in the Unity game engine, and written in C#.

It's nowhere near as finished as I'd like it to be, but I hope you find what is here enjoyable.

Throughout the course of this project, I kept a (mostly) continuous devlog, which you can find here: https://itch.io/t/129972/solunas-secret#post-246774

It wasn't entirely finished on time, and released as a demo. This demo proved popular, and so the game is now planned as a full freeware release.

Please note that XBOX 360 controllers are only partially supported. Status of other control schemes unknown. Controls can be rebound using the in-game launcher.

The default control scheme is as follows:

If you happen to find a bug during your time with the game, don't hesitate to let me know.

If you're downloading from a web browser, extract the game folder to a suitable location on your computer's hard drive and run the executable file.

Ensure that the 'Soluna's Secret_Data' folder is placed directly next the executable folder before playing, and leave your thoughts in the comments below.

If you're downloading through the Itch Client software, it should have already done all of this for you.

At the time of writing, the WebGL/HTML5 version of Soluna's Secret is not available directly from the page.

Download the file, and extract it the game to your hard drive. Then locate the index.html file, right click, and open with a web browser that isn't Google Chrome, such as Firefox or Microsoft Edge. Before playing, ensure the game window is focused by clicking on it or it won't work properly.

Be sure to vote for this game, if you can!*

It's been three years since you promised a full release. Are you going to finish this?

It came across and gave it ago. I really enjoyed the idea of graphical look and my eyes soon got used to it even though I played in a 36 unch TV. Good Devs.

Just a short little taster right now, but I love the concept! Hope you build more into this after the Jam and make a whole game of it =)

I did a vid too, sorry about it being interspersed with my 100 subs thanks vlog!

I also got your comment on GameJolt, but I prefer to reply here because I get to use Itch's client software.

I don't mind my game being shoved on the back of your vlog, actually. Gameplay's a bit too short to fill up one video anyway, and I think your content (from what little I've seen so far) is good enough to make me want to see the whole thing.

Regardless, I'm glad you enjoyed the demo to Soluna's Secret. Be assured that I am working on a follow up, and that there will be more game available some time in the future.

In case you were wondering, the tall, slim objects that kept appearing in the lantern's light were crystals, powering the mechanism that opens the door. Don't feel bad about not figuring that out. Nothing in the game so far tells you this. It's honestly something I slapped together at the last minute, and is on my to-do list to spruce up.

I'm also surprised you brought up the story blurb I put in the description. I was starting to think no-one would. It will probably be fully implemented into the game's final version.

Soluna's Secret is not that she had indoor plumbing. Sorry to dissapoint you. Kudos for making me smile.

Hey Callum, sorry I've been so silent on responding. Life kinda got in the way a little.

Thanks for understanding when it comes to having to use your game as a stopgap, I did really enjoy what was there and wanted to make sure I utilised it the best way I could so I could still use it!

I like to make sure I mention any game's story as written up by the dev, so people know what's going on. Otherwise I'd be making my own nonsense up and the devs would just laugh at me / be annoyed / possibly use my made-up ideas to replace their own story (much less likely). So yeah, no worries, if a dev has put the effort in to actually make a story I'll be sure to mention it!

Thanks for watching my weird little playthrough, and thanks for the response!

I liked it! Think it needs some work in some areas, especially the level design. I left a critique, though, if that helps.

Your critique does indeed help. I'm glad you liked it.  I do agree that there is a long way to go with this project, but first, a slight rebuttal:

Thanks for the let's play! I do hope that you can stick with me while I make this idea a reality...

Thanks for the let's play!

While I'm not sure it's personally to my taste, I appreciate the coverage. You made me notice a few dodgy seams in the level design, and I'll get on with fixing those for the post-jam version of the demo right away.

In the mean time however, the game doesn't seem to be running so hot, does it? At least from the video?

Thing is, I don't know if it's actually my spaghetti code, or just some dodgy rendering on your end, but I'd hate for someone to not be able to run my game smoothly. Would you mind telling me if you actually experienced problems like that? If so, having your PC specs may help in me researching the problem.

Have a nice day.

Hey! The look of this is really cool. Lots of potential, I hope you can span it into something bigger! 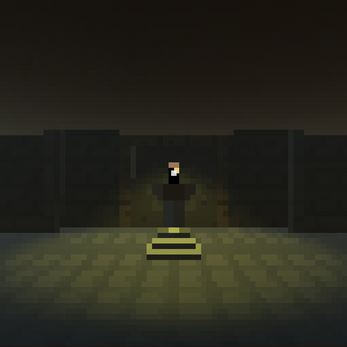 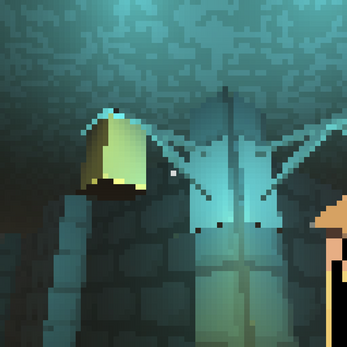 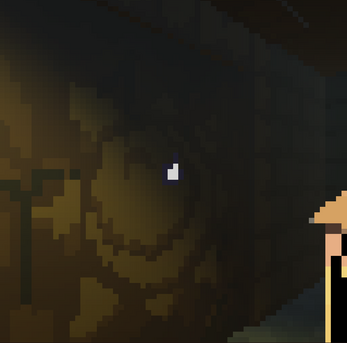